Minister of Petroleum and Mineral Resources Ali Ghanem paid a visit to the site and inspected the progress made according to the set-up rehabilitation plan to repair terror-damaged oil facilities and plants.

Ghanem said that the field will pump 1 million cubic meters of gas in the first stage after completion of rehabilitation works, expecting that the field’s contribution to total gas production will reach to 75% by the end of the year.

For his part, Director of Ebla Gas Company, Ali Darbouli underlined the importance of resuming the work at al-Sha’er field which will reflect positively on the power generation and the national economy.

He noted that future rehabilitation plans will include the Central Region oil fields, al-Heil gas fields and Deir Ezzor plant and the affiliated gas facilities after lifting the ISIS siege of the city.

Later on, Minister Ghanem honored a number of workers who took part in rehabilitation processes in appreciation of their loyalty, sincere efforts and hard working. The ceremony took place at the headquarters of the Central Region Fields Directorate affiliated to the Syrian Petroleum Company. 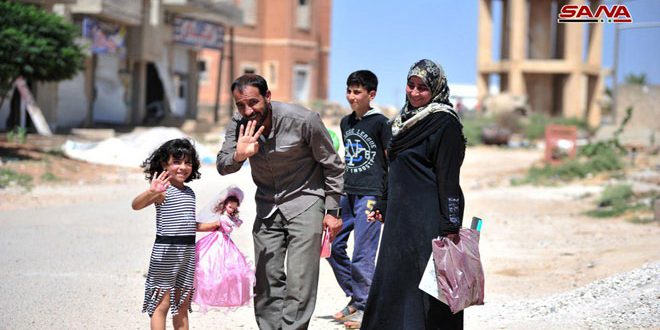