Syrian Arab Army units managed during the past few hours to eliminate terrorism in 13 villages in the countryside of Idleb
Assault units and airdrop forces in the Syrian Arab Army have been able to liberate the largest geographical area since the beginning of the military operations in this region amid successive collapses in the ranks of terrorists and their equipment, including vehicles, armored vehicles, US-made TOW missile launchers, and car bombs.
Field commanders said that army units were able to break all the defenses of terrorist organizations despite their fortifications, which led to establishing control over the villages of Srouj, Adlia, Kefrya, Rwida, Establat, Rabia, Tal Oja, Rasm al-Hamidia, Hardana, al-Khriba, Kratin al-Saghir, Kratin al-Kabir, and Rabia, in addition to a number of main roads which includes Tal Daman/ Abu al-Dohor and Maaret Numan/ Abu al-Dohor as well as many secondary roads.
As a result of the military operations in the area, terrorists suffered huge casualties, Mousa al-Hamadani who was the field leader of Taftanaz group and Abu al-Qa’Qa Saleh being among the terrorists killed in the area. In addition entire networks of mines and explosive devices were defused in these villages.
This achievement in the countryside of Idleb reduced the distance to the Abu Dahour military airport to less than 5 kilometers ,as well as reducing the distance towards the advancing forces from Jabhat al-Hader in the southern countryside of Aleppo to 18 kilometers, the commanders said, adding that this achievement also helped in closing on the terrorist organizations in about 300 villages in the countryside of Aleppo, Hama, and Idleb.

Governmental efforts to secure drinking water for people of Hasaka 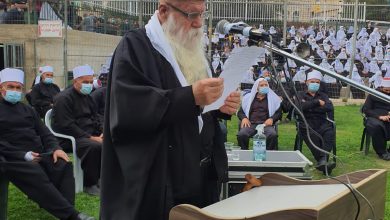