A unit of the Syrian Arab Army thwarted an attack by Jabhat al-Nusra terrorist group on one of the military points in the northern countryside of Lattakia and eliminated all its members.

“An army unit on Saturday clashed with a terrorist group in Tel Haddada, east of Kensaba village in northern Lattakia, while trying to attack one of the military points in the area,” a military source said.

The source added that the clashes ended up with repelling the attack, eradicating all members of the terrorist group and destroying their weapons and ammunition.

Last January 23, the army units eliminated 13 terrorists from Jabhat al-Nusra terrorist organization and its affiliated groups while trying to attack military posts on the direction of al-Sarraf Village in al-Rabi’a, in the northern countryside of Lattakia. 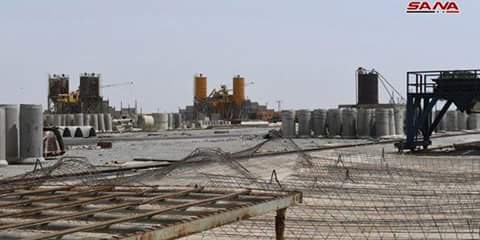 Foreign Ministry: statements of Turkish regime president stress that he deals through language of occupation and aggression