The Russian Aerospace leadership operating in Syria held on Thursday a military parade marking victory over Nazism in the 1941-1945 Great Patriotic War in the Hmeimim airbase.

Russian and Syrian forces took part in the military parade ,as pieces of military equipment were showcased, in addition to honoring a number of Russian military personnel operating in Syria.

Delivering a speech ,Major General of the Political Department, Representative of the Deputy Commander-in-Chief of the Army and Armed Forces, Defense Minister Major Gen. Ali Abdullah Ayoub said that “We are confident today that the future will be full of victories thanks to our solidarity and cooperation in the face of terrorism that targets everyone.”

The festivity was attended by Minister of Presidential Affairs Mansour Azzam and a number of senior officers. 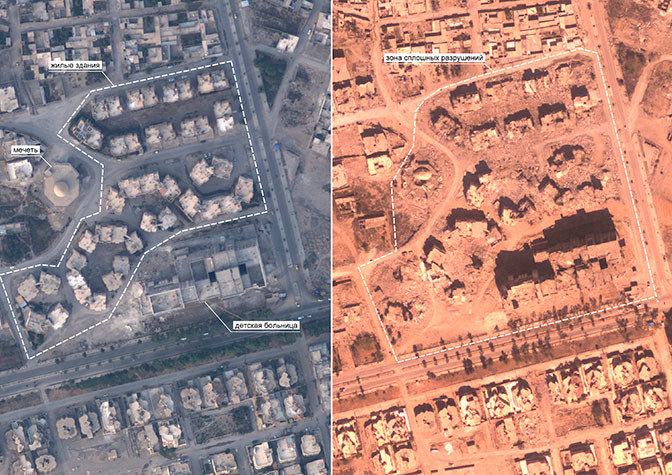 Weapons and ammunition left behind by terrorists found in Hama countryside